Friendships always play a very pivotal role in our life. Right from the time we start socializing as a toddler till we grow old and die.

How strongly they make or break us, impact us, define our happiness and sorrows et al.

Specially the friendships one fosters as a child. They always remain a part of you and you being. It is rightly said, childhood friends are the best friends. But what-if some of these child hood friends don't leave very pleasant memories?

As a child i remember we used to be 5 friends in school, one being our group leader and the favorite of all, let's just call her - "The Queen". This one was the desirable bitch who everyone wanted to befriend and please. The one on who's command people would talk to you or not talk to you. Sometimes you would be left alone in your game periods because the Queen would have proclaimed that day she was upset with you for so and so reason. Some days you would having your lunch alone, because again the Queen didn't wish to have lunch with you. And of course since she was the Queen, the other bees in the colony would only follow her diktat.

During those days you would all but cry in a corner, hiding your tears from everyone, lest you would be called a sissy. However unwillingly you would be getting bullied by the whims and fancies of the queen.

Years later, when I think about this situation I only wonder how this Queen's behavior altered the personalities of the other children around. My observations now, on how the child's psyche must be getting impacted in the long run:
I have known people, and have been one of them who carry a lot of hurt from their childhood into their adult lives.

My conclusion from this: it's very important that we make our children compassionate. We teach them how important it is to be humans first and superior or inferior later. How it is very important to be kind and loving to people around us. 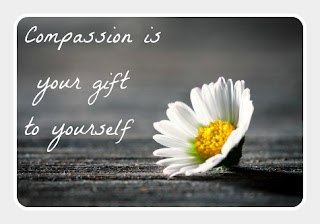 Dee
Thanks for visiting my blog. I wanted to write something flowery to introduce myself, but I am a normal human being trying to strike a balance between my dreamworld and the rigmarole of daily life. If, you like what I write, do drop a note, would really boost me up!