Take it NO MORE

The statistics said it all- so it's not about the dress, the age, the looks, the time at which she chooses to venture out, she is out with a male friend  or the chowmein or the junk food that one eats which instigate a rapist. IN YOUR FACE people who blamed girls all this while, they got it because they were asking for it!!! 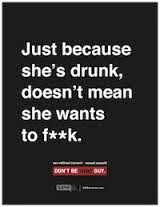 What has been on my mind for quite sometime now is the number of cases, which are never registered. Or rather the number of girls who never muster enough strength to as much as go to their parents and confide that something this brutal has happened with them.

And is it just the rape which harms the modesty of the girl? Recently came to know of a girl on whom there was a rape attempt.

This girl was on her way to college, in her regular means of transport; the auto-rickshaw, at her usual time- around 8-ish in the morning, in a very hustling and bustling part of the city. And the auto driver had the audacity of trying to impose himself on her, in bright day light! Thankfully a fellow Samaritan noticed what was happening and rescued the girl from the situation. The auto driver fled from the situation and the girl was in no condition to even have noted the number of the auto.

And the girl ignored the act completely and went to the college without reporting a thing!! It was only once she reached the college and collapsed , that her friends noticed the scars on her body and eventually on her soul. Soul because, such incident would not just scar your body, but your soul and the rest of your life will be spent in reliving that night mare again and again in your dreams with a lot of what-if's.

I know there's a lot of stigma attached to the rape victim, but not reporting it? Are you indirectly telling the rapist, that this is acceptable and you can go ahead and try this with someone else ( and maybe even succeed -- God Forbid! ) and then you can walk this earth Scot-free. 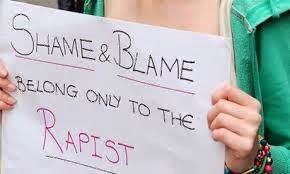 I didn't know this girl personally and the identity was kept a secret because obviously the college authorities didn't want any defamation of their institute!

My serious advice to this and any girl- Stay Strong and Fight Hard! You don't need to be ashamed of someone else's devilish act. Report it, no matter how much resistance you face from the police or the neighbors. High time these bastards are taught a lesson.

On this Woman's day, we can only resolve within ourselves- we would not take shit and not be the sufferer any longer!! No Rape attempts will be ignored and no domestic violence will be tolerated!!

Dee
Thanks for visiting my blog. I wanted to write something flowery to introduce myself, but I am a normal human being trying to strike a balance between my dreamworld and the rigmarole of daily life. If, you like what I write, do drop a note, would really boost me up!